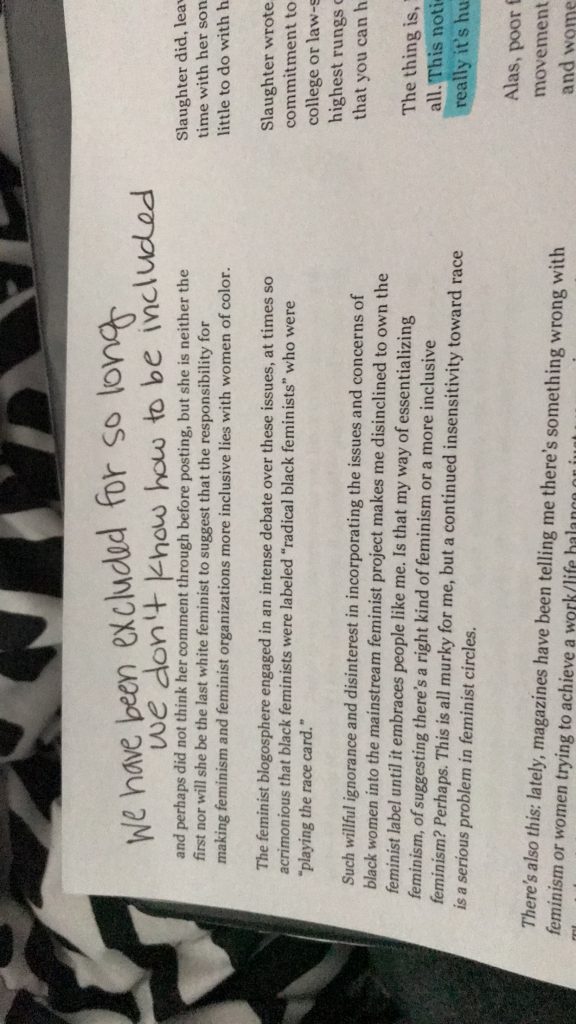 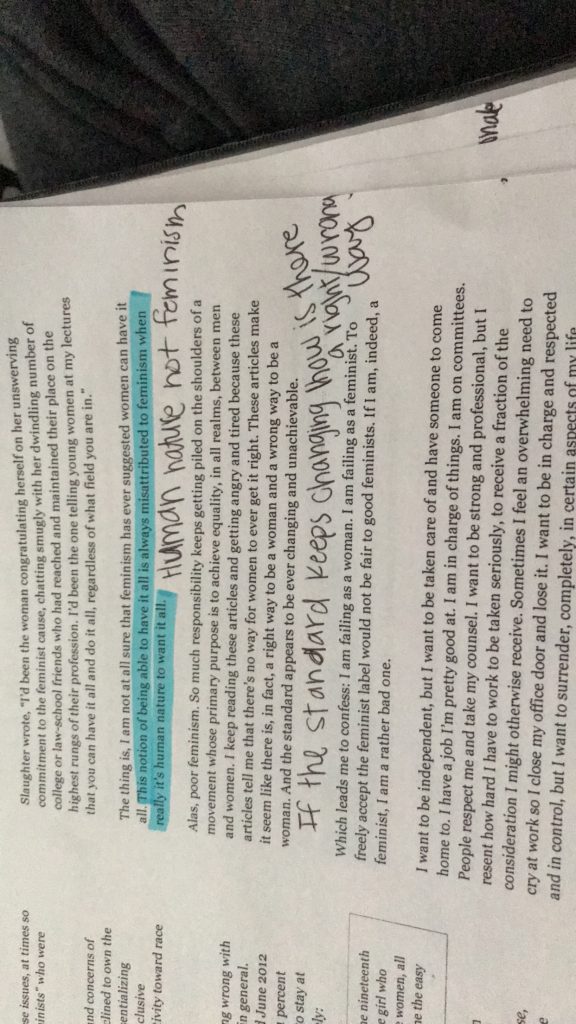 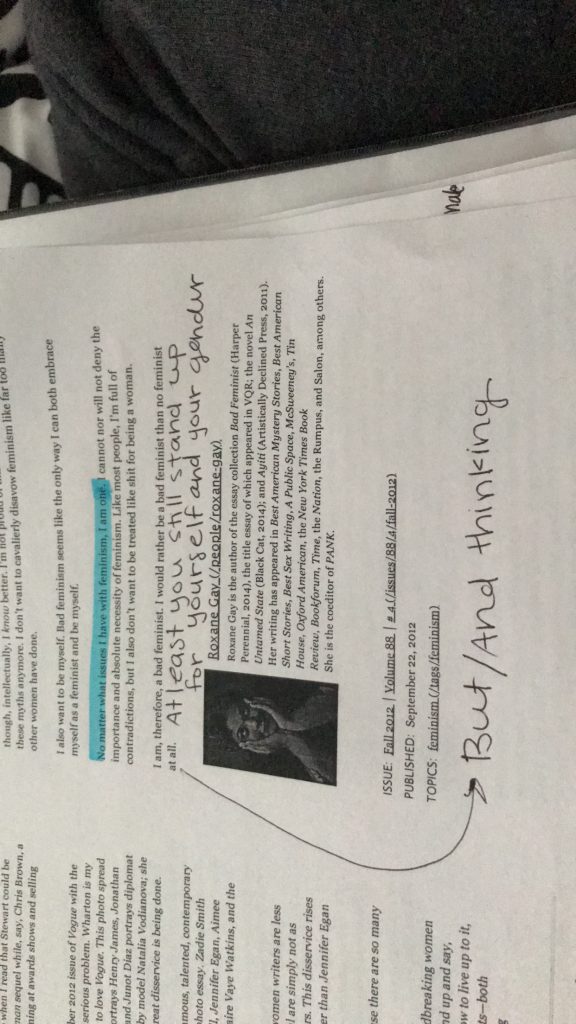 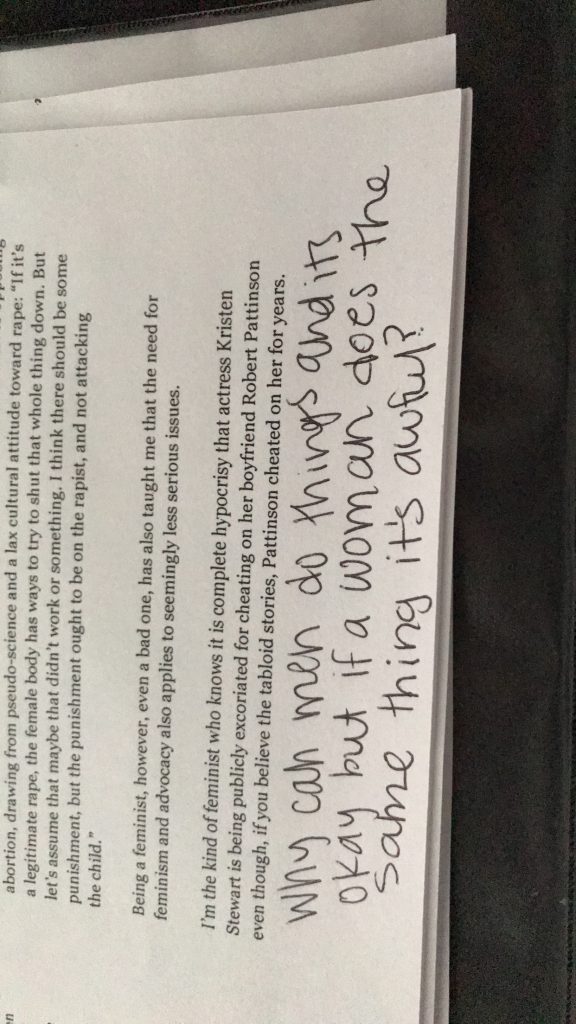 1.  Using but in writing helps strengthen and complicate the argument by adding a different perspective that usually disagrees with what is before the but. Miller and Jurecic state in a table that but is the “foundation for critical thinking”(104). Without but to expand our argument it becomes difficult for people to think deeper and question ideas without being able to challenge them. Without critical thinking many of the ideas and speeches from the past would have far less of an impact. Miller and Jurecic talk about how Abraham Lincoln’s Gettysburg Address would have been far less important if it ended before the third paragraph where he says but. In “Bad Feminist” by Roxane Gay uses but thinking to turn the paper towards her perspective. Gay states, “I used to say my favorite color was black to be cool, but it is pink – all shades of pink”(7). The world tells us that to be a feminist you can’t like things that are feminine like the color pink. This but statement strengthens her point that she is a feminist, but she is a bad one by society’s standards of how a feminist should look and act like. By her developing her idea through using but makes you think deeper about the topic as a whole.

2. The sisterhood Gay is referring to is the “anger, humorless, militancy, unwavering principles, and a prescribed set of rules for how to be a proper feminist woman, or at least a proper white, heterosexual, feminist woman…(1). The article starts as a but thinking article but switches to and thinking after she has established her ideas on the feminism that is seen by the world. And thinking “…is the act of connecting like to like, with thoughts or observations like together via the explicit or implicit use of and”(Miller&Jurecic 101). Using and adds information but doesn’t had information that is different from the previous information given.